As 2015 is coming to an end and 2016 is swiftly approaching, I figured it’d be a good time to share the things that have worked well for me this year plus the 5 lessons I’ve learned from them. Hopefully you’ll find some of the lessons below useful. Let’s dive straight in!

#1 Earning More Money Is Always A Better Solution: While many people talked about saving more money and spending less in tough times (nothing wrong with that), very few actually take action to learn how to earn more money. Most people only think about it.

I once heard from the copywriting legend John Carlton that money will solve problems that not having money creates. In fact, many of our day-to-day problems are caused by not having enough money. If not, why do you think people go to work every day huh?

I’ve learned that the key to earning more money is you need to have control over your income source. In other words, you can’t make more money by just having a job. The reason is simply because you’re actually working for a fixed salary every month. Even if you got a high paying job, often, you need to sacrifice ‘something’ to earn that money.

You asked “How to make more money without having a job?” Here are my suggestions:

Note that the keyword here is Sell. Not only you need to understand salesmanship, you also need a target market that wants to keep purchasing from you again and again. 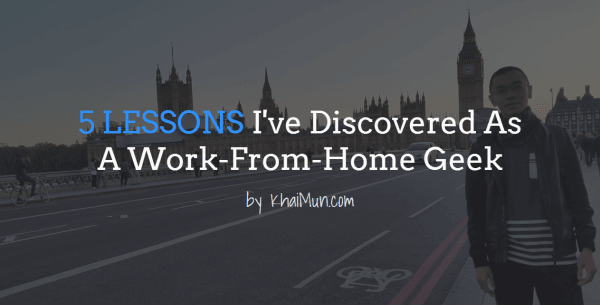 #2 Focus On Building Income That Is Residual/Passive: Generally, there are only 2 types of income in this world — Linear (Active) and Residual (Passive). Linear income is an income where one is trading time for money. Whereas residual income is an income earned on a recurrent basis, with little (sometimes no) effort required to maintain it.

When I first started making money on the internet, I did lots of freelance work for clients, i.e. building WordPress sites, membership sites, and marketing funnels. While I was able to make a nice living from it, I still need to sacrifice my time to do the work. In other words, I won’t get paid a penny until the work is finished. I was trading my time for money.

Earned the Top Rated status after freelancing for almost 2 years

As my client base grew, sometimes the feeling was like having 10 different employers to report to at 10 different time zones. So I made up my mind not to focus my time working on freelance projects anymore. I simply wanted to have more time doing my own thing.

I switched my focus to work on stuff that generate me residual income and it has been incredibly rewarding so far. I’ll give you 3 recent case studies to show you what I mean.

In October, I took a month plus off and traveled around Japan. Throughout my trip I didn’t spend much time doing any work, yet I still have income coming in from these sources:

When I was traveling, I had some small earnings coming in from Google AdSense. These earnings were derived from the previous content I published on my sites long time ago.

If you’ve been following me for a while, you probably know I’m a big fan of OptimizePress. Even though I didn’t really promote it, but I’ve affiliate sales coming in on a regular basis.

I’ve been selling my marketing templates in the OptimizePress Marketplace since end of September 2014 and it’s really worthwhile. Throughout my travel, I’ve sold hundreds and hundreds of my products. Many were designed in late 2014, and some in early 2015.

I won’t disclose how much I’ve made but the sales in October were more than enough to cover my travel expenses in Japan. I didn’t work on any new products when I travel.

#3 You Don’t Have To Be The Smartest To Make More Money: Don’t get me wrong, I’m not suggesting one to be a total idiot. I’m merely saying that one doesn’t have to be the most talented or smartest person in [whatever niche] in order to earn more income.

Let me give you my own example. Some of you might know that I had no prior experience or knowledge in website design, yet within a year, I managed to build a 5-figure business in the area of web design. And the most fascinating part is that → I did it all by myself.

I certainly realized there are a gazillion of web designers out there who are better than me, but that doesn’t stop me to keep learning to design better and earning more right? Besides, I can always hire people who are more talented and smarter to do the work.

“You want to know the main difference between a master and a beginner? The master has failed more times than the beginner has even tried.”

I recently came across a quote by Dan Kennedy saying that “The highest income people tend to get paid more for who they are than what they do.” I find this statement so true.

Many people have this misconception that one needs to be really talented to succeed, but not many people know building one’s personality or character is what truly matters most. 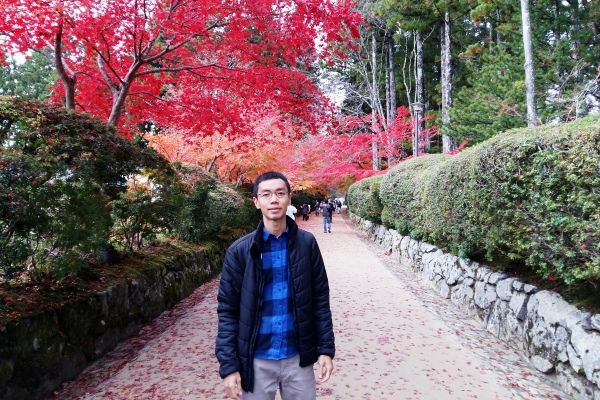 November, 2015 @ Mount Koya – one of the world’s most sacred mountains

#4 Serving Your Customers Is The Number 1 Priority: Without customers, there’s no business at all. But in order for a business to stay profitable (and sustainable), you need to have satisfied customers. Take care of your customers and they will take care of you.

Chances are I won’t be the best web designer out there, however I always make sure to support all my customers by helping them to solve any problems they might encounter.

Once you’ve developed a mutual relationship with your customers, rest assured that they will keep buying from you again and again. Some will even refer more businesses to you.

Click here to find out what some of my existing customers have to say about my support.

#5 Learn From People Who Have Already Achieved Your Goal: Early on I made a big mistake by taking advice from the wrong people (gurus). Guess what? I wasn’t achieving the results I was hoping to get, and for a while I really thought the problem was with me.

Once I identified the actual problem and learned from the right people → things changed. 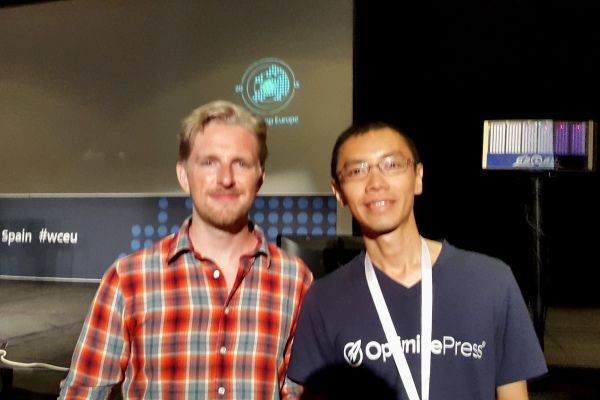 I hope you get my point here. So be very careful and selective who you take advice from.

Basically these are the 5 most valuable lessons I’ve discovered in 2015. How about you? Any lessons you’ve learned that you think could be of benefit? Please comment below.

KM Lee has been a self-employed geek since 2008. Currently he's working full-time from home online. You can also connect with him:

This is KM Lee from Penang, Malaysia. Self-employed since 2008; I'm a hardcore introvert by nature - a vegetarian, a traveler, and a runner. I look forward to sharing some insights with you here.

Want to grow your online business faster and skyrocket your revenue?